Then he gasped, "I bought you this spaceship and you don't like it? It cost a hundred dollars! Kevin, come back to the spaceship! Kevin, you're the worst ever."

Kevin soon became the usual suspect whenever any of Brendan's characters were misbehaving. We all started shouting "Get in the spaceship Kevin!" whenever we felt frustrated.

Then I started listening to the boys and the things they said to Kevin sounded familiar. "You need to go to school and get some learning Kevin!" Gregory said.

"Get outside Kevin! Michelle Obama said so, an hour a day!" Brendan said. Did I really sound like that?

But we are having the greatest fun with Kevin. Its so fun to shout at him and tell him off. He really is the worst. He never listens.

So I had to sign a bunch of scary non-disclosure agreements when I tried out for The Chase, so there's not much I can talk about the actual audition process. But I'll talk about all the other stuff.

The night before, I went to bed at 8 p.m. so I could wake up bright and early. It was a good thing I did, too, because Greg woke up at 2 a.m. and threw up all over me. I cleaned him and me up but couldn't get back to sleep. That gave me plenty of time to get a shower and pretty myself up for the audition.

There was construction going on near the hotel, so I had to park a half-mile away. I'm glad I went to the 8 a.m. because I'm sure parking was even worse later in the day. I met Andy Gefen, who runs the JBoard discussion forum on Jeopardy!, as well as Candy, the only other woman there and a fellow LLama (LearnedLeague).

The audition was finished in time for me to get back home for Brendan's Trike-a-thon at 11, then at 4 I went to my trivia semi-finals for my pub team. We won, so we're going on to finals this Saturday and a chance at the $1000 prize.

I got a callback, and once again I chose the earliest time. I feel like it went okay, so now its all up to casting. They're doing 13 episodes this season, so they only need 39 people. Jeopardy! by comparison chews through 400 contestants a season. But I have one thing most auditioners don't-two x chromosomes.

At 3:30 the doors opened at the hotel conference room in Baltimore. There were about 50 people in our group, some from the Wheelmobile event in October, and some from the "Face of the Fan" video entry that I did. We all got called to stand up where we were and call letters for the puzzle on the overhead screen. I was surprised by how many people still called letters that had already been called or didn't speak up at this audition.

Tomorrow Brendan will be introduced to the lameness that is school celebrations for summer birthday kids.  I remember it well from my childhood.  Sometimes it was on your half-birthday, like this preschool, sometimes there was one catch-all "special day" for all the summer babies, and sometimes we were just ignored.

They ask us not to bring in cake or cookies on birthdays because they try to have the snacks be somewhat healthy, and with 16 kids that would be a lot of sweets throughout the year.  So I took the usual Wednesday snack (Cheerios and raisins) and jazzed it up.

Melt marshmallows, butter, and chocolate chips in the microwave for 90 seconds.  Mix in Cheerios and Craisins.  Wet hands, roll into balls and put on wax paper.  Let cool then devour. 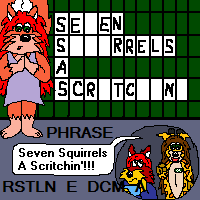 This is fast becoming a game-show blog.

So a few months ago the Wheelmobile came to Baltimore a few months ago.  I was intrigued, but I had already made plans to go out with my friends that weekend, and reading up on the event it sounded like a huge headache.  You go and stand in line and wait in a big room, and they draw a few names out of a hat to play the game, but most people don't even get a chance to play.

But they also had an option for people in the Baltimore area to send in a video.  I meant to do it, but I kept pushing it back hoping for inspiration to strike.  It never did. Finally, on the day it was due, I went outside so I didn't have to clean my house and said, "I'd like to be on the show because I want to win a fabulous vacation."  I never heard back from them so I figured that was it.

Then yesterday I got an e-mail inviting me to the callback auditions!  They're coming back to town in a few weeks and I guess they just went through the videos to pick a few people.

I'm nervous.  I really need to work on my word puzzle skills.  And excited to get the chance to be on a game show again!

It was cold and rainy today. I wish it could be a little colder so the rain would be snow. It doesn't feel like Advent without it.

Thinking of Christmas makes me think of this being the first time in 20 years that Uncle Jim won't have a stocking at my parents' house. As Dad said at Thanksgiving, when people leave you, they leave you a little at a time. There's no one for my Dad to call up and compare times on the Friday NY Times crossword now, there were too many leftovers at Thanksgiving and no uncles to send them home to, my Mom chiding them to remember to bring back the plastic containers!

I went through two boxes of his books that I brought back from NY. It made me remember him, going through all his volumes on Mary Pickford, and the 14 Bibles he had.

I want to share the letter I read at Uncle Jim's memorial service.  He wrote this to me when I was 7.

Then, on the back of the envelope he wrote.
Now Megan dear,
be sure to wear
A glad face and a glad dress;
And write me here
again this year.
Please note the change of address!

I took Gregory to the Secret Playground yesterday and was set upon by Mormons.  They were asking me why I wasn't interested in reading The Book of Mormon.  I said, "Listen guys, my family have been Catholic since St. Patrick came over to Ireland, and I'm not about to change that now."

"My family has been around since the start of our religion too!"  said one of them.  "My great-great-something grandfather was one of Joseph Smith's bodyguards."

"So he can't have been a very good bodyguard, then."  I said.

"Well, he couldn't protect him in prison!"  he said all huffily.

"Fair enough," I said.  I felt a little bad for them, they were so young and nervous.  And they didn't have any answers for me when I asked them why there was no archeological evidence for the Lost Tribes of Israel coming to America.

We went to the zoo on Wednesday because we never made it to see the animals at ZooBoo.  We had the whole place to ourselves!  It was amazing.  At the front gate the clerk said only 29 people had come all day.  It was a beautiful, crisp fall day.  We saw one of the rhinos chasing the zebras and ostriches in his enclosure, and we finally made it all the way back to the elephants.

Gregory has really taken off with the walking lately. I attempted to take a video of it, but Brendan wanted to show he could walk too. I keep waiting for a time when Greg's alone to take another, but who knows when that will happen. He is so steady now!

Ever since the warm weather came and Greg has been wearing shorts and short sleeves, strange women have been coming up and squeezing my baby. I think its happened four or five times. I'm always to befuddled to say anything at the time. It happens so fast. Usually at the checkout line, they start admiring my baby, then reach into his stroller and give his arm or leg a squeeze. One time the woman was speaking to me in a foreign language, so I don't know if she would have understood anyway.

Maybe they think he's a can of biscuit dough? Now, I squeeze Greg daily, because he is so squishy, but that doesn't mean other people can. They never ask permission, either, probably because "May I squeeze your baby?" sounds like a bad request.

At my doctor's appointment, one of the nurses stopped to admire him, then circled back and was going to squeeze. Brendan jumped in front of Greg and said "No! My baby, mine!" and scared her off. Thank you Brendan!

Lesson learned. Don't give the baby whipped cream one day then attempt to put foaming sunscreen on him the next.
Collapse